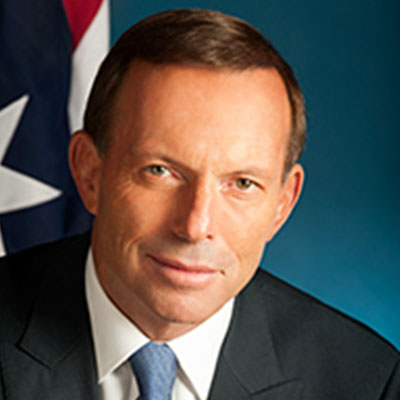 On 24 March 2022, the Assembly of Catholic Professionals heard… The Assembly of Catholic Professionals welcomes Former Prime Minister of Australia, The Honourable Tony Abbott MP, Member for Warringah to the final quarterly luncheon for 2016.

TONY ABBOTT was elected Prime Minister by the Australian people on 7 September 2013 and served for two years.

In his time as Prime Minister, the carbon tax and the mining tax were repealed; free trade agreements were finalised with China, Japan and Korea; and the people smuggling trade from Indonesia to Australia was halted. Australia became the second largest military contributor to the US-led campaign against ISIL in Iraq and hosted the G20 meeting of global leaders in Brisbane in November 2014.

As Opposition Leader at the 2010 election, he reduced a first-term Labor government to minority status before comprehensively winning the 2013 election.

Between 1996 and 2007, he was parliamentary secretary, minister, cabinet minister and Leader of the House of Representatives in the Howard government.

Tony Abbott has been Member for Warringah in the Australian Parliament since 1994.

Prior to entering parliament, he was a journalist with The Australian, a senior adviser to Opposition Leader John Hewson, and director of Australians for Constitutional Monarchy.

He has degrees in economics and law from Sydney University and an MA in politics and philosophy from Oxford which he attended as a Rhodes Scholar.

Tony Abbott does surf patrols with the Queenscliff Surf Life Saving Club and is a former deputy captain in the Davidson Rural Fire Brigade.

He is married to Margaret and they are the proud parents of three daughters – Louise, Frances and Bridget.

This event was kindly sponsored by the Norman Hotel.