Kangaroo Point Parish: A small parish has a big impact 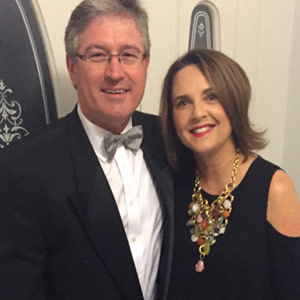 “Even though we are only a little parish I like to see that we can hold our own and be proud of what we are able to put toward a good cause.”

At Kangaroo Point East Brisbane, parish secretary Catherine Goldsworthy, was approached to advocate the Annual Catholic Campaign. Catherine took on the task of parish ambassador with gusto, “I thought I would try to lift the game, go in and just learn everything that I could.”

St Benedict’s, East Brisbane and St Joseph’s, Kangaroo Point has a largely elderly demographic, with a small but growing number of young families attending Mass from the local school. “We’ve got 20 plus children attending the Children’s Liturgy on a Sunday morning. And we’re thrilled to see that our Little Altar Servers has risen from 4 children to 14 in the last year,” reports Catherine.

But that wasn’t the only development of 2015. Last September during the Annual Catholic Campaign parishioners’ contributions increased almost tenfold on 2014 making its donations the largest percentage increase for any parish in the Archdiocese. Catherine felt that the key to Kangaroo Point’s success was improving communication:

“The main difference we made in 2015 was keeping our parishioners well-informed, we used all the visuals and the posters, everybody knew when the appeal would take place. It was a pleasant surprise to see an increase in the support for the local causes; I think giving people a chance to plan their contribution in advance was helpful. Even though we are only a little parish I like to see that we can hold our own and be proud of what we are able to put toward a good cause.”

In 2015, your donations to the Annual Catholic Campaign raised a total of $1,133,590. The non tax-deductible gifts amounting to $130,485 were distributed to the Religious Ministries Fund for 2016 Annual Grants Program. All tax-deductible donations were evenly distributed to the Holy Spirit Seminary, Centacare, Priests Foundation and the MacKillop Fund; after expenses these four ministries received a total of $232,342 each.